Memories of the shoot :
May 2000.
One day, my producer Anath sends me this tune “Lady (Hear me tonight)” and asks me to think about a music video. I listen a lot to the song, I find it absolutely melancholic and very romantic. Sadness mixed with joy.
So I come up with this bitter teenager love story :
Three teenagers, two boys and one girl, decide to run away together, and they want to have pleasure, fun and escape reality.
I write it quite fast, with “Virgin Suicides” and “Boys Don’t Cry” in mind.
Modjo, the band is french, but they made the choice to sing to everyone in the world : in english.
I am french too and I thought the video had to look the same, to be able to talk to everyone in the world, to be the most universal possible.
I wanted it to look like a mix of the USA and my french suburban hometown.
This is how, in June 2000, we take a plane and end up in Montreal, Quebec.
In Montreal we organize a casting session to find our three young heroes.
I was looking for three teenagers with a real relationship between them, no matter if it was friendship or love.
That’s how we found our beautiful teenager trio, three real friends in life : Sarah-Jane, Patrice and Gilles. 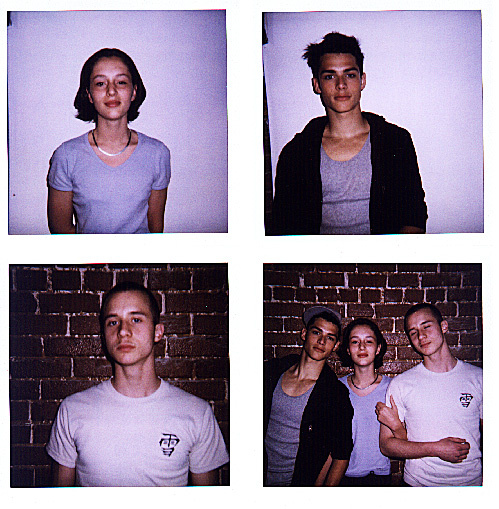 Locations are listed on this page : https://www.google.com/maps/d/edit?mid=1g9wR_Zo2l7lf6GkVEG8IxDYeKeg
Yann and Romain (from Modjo) appear in the video : they sell the car to the three teenagers.
This version is of course the Official version of the video. But MTV edited one shot out of the video… Do you know which one ?